The superior combat effectiveness of the RMB 20mm in the vierling set up has much to do with the veirling mounting and aiming systems. It was fully stabalized and far more accurate in practice than indvidual Oerlikon mountings. Moreover, The Flak 38 version in the veirling was faster firing than the Flak 30 version single mounting. Tirpitz could eventually bring 9 single mounting and 9 quadruple mounting to bear on either side of the beam with a combined rate of fire of at least 8,500 rounds per minute. This is serious AA firepower and likely to put many rounds into attacking aircraft in a short period of time. Note that the Germans put more emphasis on Flak vierlings as they progressively upgraded their flak, than they did in installing more 37mm or 40mm weapons.

The 37mm Flak was probably less effective than 40mm Bofers, but it was far from "useless". The cyclic rate of fire of 80 rounds per minute per gun hides the fact that weapon could fire an 8 round clip in less than 3 seconds. It could be effective in bursts and could extend the light flak's reach to 5,000 meters.

The introduction of more advanced electronic scanning and conical scanning radars by 1944 brought heavy flak into the game, as evidenced by aircraft shot down by Tirpitz, when both attackers and light flak gunners were blinded by ten tenths smoke screens.

I'm just not seeing the conventional wisdom that German flak was terrible compared to others per a given time period.
Entering a night sea battle is an awesome business.The enveloping darkness, hiding the enemy's.. seems a living thing, malignant and oppressive.Swishing water at the bow and stern mark an inexorable advance toward an unknown destiny.
Top

Dave Saxton wrote:I'm just not seeing the conventional wisdom that German flak was terrible compared to others per a given time period.

I'm sure German flak was pretty good in general, but Bismarck's was terrible for several reasons we are all aware of. No one's was all that great at the time of her sailing, but hers was more lacking than PoWs for example.
Top

dale3242 wrote:I have some observations concerning the construction/design flaws of the Bismarck that contributed to her demise. The torpedo that hit the Bismarck's stern initially jammed both rudders. However, one rudder was successfully unjammed. The ship could then be steered successfully by use of the engines and one rudder. However, the drag caused by the jammed rudder and the requirement to run one side screw in reverse so slowed the ship that the waves crashing on the stern from the heavy seas from the north would have successively flooded the stern through the damaged bulkheads. Had the Bismarck had a stronger stern, meaning stronger internal watertight bulkheads in the stern, the ship could have continued on a southerly course to safety.


Are there any sources about that?
Regards

A general observation/opinion. Much of what is being discussed here I would not refer to as a "construction flaw". For instance the AA suite seems quite reasonable both from a design and a construction POV for the time period. Now some of the details could have been better and had the German designers been prescient they could have obviously done a better job. However many features really come under the heading of design tradeoffs and as such are not really flaws especially "construction flaws".
Top

Hi all, can anyone tell me what grade of steel Bismarck's keel and main structural frame was made of, please. I can find the info on her armour and such but not the rest.

the problems most likely my research, lol

Dont think of it as being grossly out numbered,,,,,Think of it as having a very wide shot selection. Lt-Col Green 2/4 Bn Royal Australian Regiment.

madmike wrote:Hi all, can anyone tell me what grade of steel Bismarck's keel and main structural frame was made of, please. I can find the info on her armour and such but not the rest.

Hello,
You cand find here many details about the construction material and armor:

Re: steering with propellers only

I agree with you, I think that converging shafts must be better for steering that no convergence at all. It is Müllenheim-Rechberg who wrote that only using her engines with both rudders locked in an amidships position, the Bismarck could be held on course only with great difficulty. The reason for this being that the convergent design of her propeller shafts provided only a weak turning movement, even with the outboard shafts rotating in opposition at full power.

I have just checked blueprints of the Scharnhorst class and noticed that unlike Bismarck, their shafts had no convergence at all. What about American battleships, were their shafts of a convergent design?

One should take into acount, that backward turbines had 10% of the power of the forward turbines. So it was not possible to get mutch turning moment with full power back.

Dave Saxton wrote:....
The 37mm Flak was probably less effective than 40mm Bofers, but it was far from "useless". The cyclic rate of fire of 80 rounds per minute per gun hides the fact that weapon could fire an 8 round clip in less than 3 seconds. It could be effective in bursts and could extend the light flak's reach to 5,000 meters.
.....

I am slightly confused but I suspect that the literature is confusing. AFAIK Tirpitz was only equipped with the 3.7 cm SK C/30 which Cambell states http://www.navweaps.com/Weapons/WNGER_37mm-83_skc30.htm had a practical rate of fire of 30 rounds per minute and was loaded by single rounds rather than by a clip. Certainly that would have been the only 37 mm available to the KM in early 1942. The other possible source of confusion is that the mountings were twins, so the ROF per twin would approach double that for a single gun. The 3.7 cm/69 M42 was closely related to the 3.7 cm Flak 18/36/37 which had a practical ROF of 80 rounds per minute if we trust http://en.wikipedia.org/wiki/3.7_cm_Flak_18/36/37/43 and I assumed that that is the origin of the 80 rounds claim mentioned but disputed at navweaps. It seems strange if Tirpitz did not receive the newer weapon over 1943-4 but viewtopic.php?f=36&t=897&start=120 argues that none were available.
Top 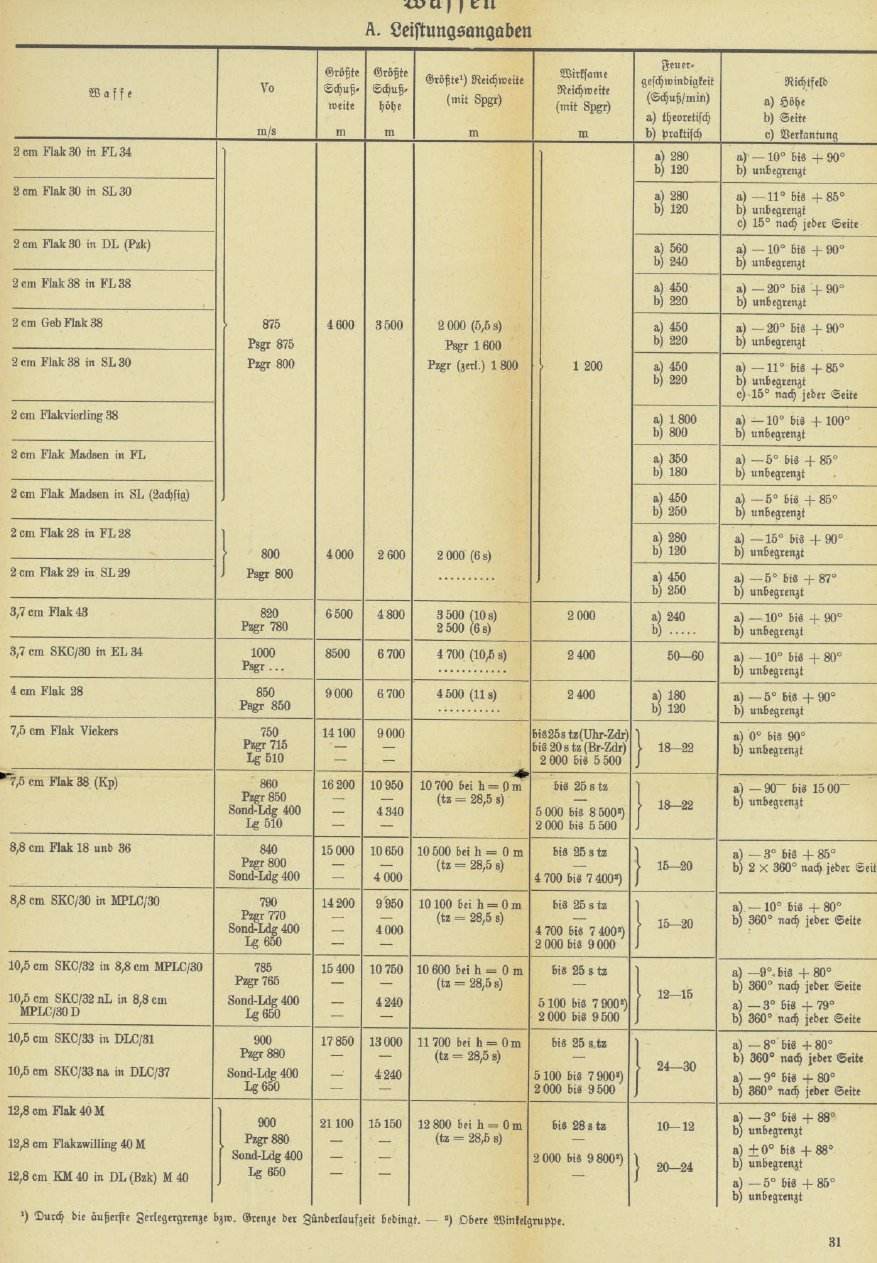 the reference source of all assesments on german battleship protection

Where does this come from... ?
Top

No, I was more interested in the date of the document.
I made some research into the effects of AP and SAP bombs attacks over 50+80/100mm GErman space array. There were at least 2 attacks on Tirpitz and 3 attacks on Gneisenau and Scharnhorst, with bombs 227-720kg bombs. No bomb functioned properly in any attack. In the attacks over Gneisenau, the 227kg bombs exploded against the Panzer Deck, and the 700kg+ bombs managed to perforate the PD but did not explode. Same case in Tirpitz.

It's the same armor thickness, quality and distribution in both Scharnhorst/Tirpitz.
Top
Post Reply
397 posts