Thank you my friend! That actually makes lots of sense... in a wikipedia page for one of the later Ticonderoga ships it said a total of 64 missiles. That had caused me lots of confusion until now.
AND THE SEA SHALL GRANT EACH MAN NEW HOPE, AS SLEEP BRINGS DREAMS.
Top

Yes, the 3 cells on both launchers aboard the early destroyer and cruiser installations contained a crane that was used mainly to move the gas management system between missile cells. The crane did have the ability to move the missiles themselves, however, this was very difficult to accomplish with some cell locations on the Tomahawk cruise missiles due to the long length of the missile and the lack of boom extension on the shipboard crane. Newer installations did away with the crane in turn for a larger load-out, which in my opinion was a mistake since the ability to move the gas management system around with the shipboard crew was a huge time saver and money saver for the government. I don't know of a single vessel that has fully discharged their entire load-out of missiles even with the 61/29 cell configuration on the destroyer. Now the ship's crew is entirely dependent on the contracted dock workers for both the onload/offload of missiles as well as moving the gas management system aboard the ship while the latter step was accomplished either prior to onload or following offload by the ship's crew. I would not want to have been part of a crew in which the cell adapters or cell covers were being raised/lowered by an external crane operator located on the dock 50 yds away and one whom you have no relationship with and whom is not even a member of the military or even American in many cases.
Top

Ive been a MK41 VLS technition for 20 years in the US Navy. I can confirm that the three cell hatch was used as a folding crane for at sea missile unload and off load. The crane was a swiss design and became very difficult to get parts for. A few of the CG-47 class Cruisers had them removed, but all others built still have them in place are inactive now. The only exception being the AFT ones on DDG-51 class Destroyers for handling torpedoes from the lower flight deck up to the missile deck where the tubes are and all ships with them stationed in Japan because they load from a barge at anchor, and its only to handle gas management and support gear, NOT missiles. 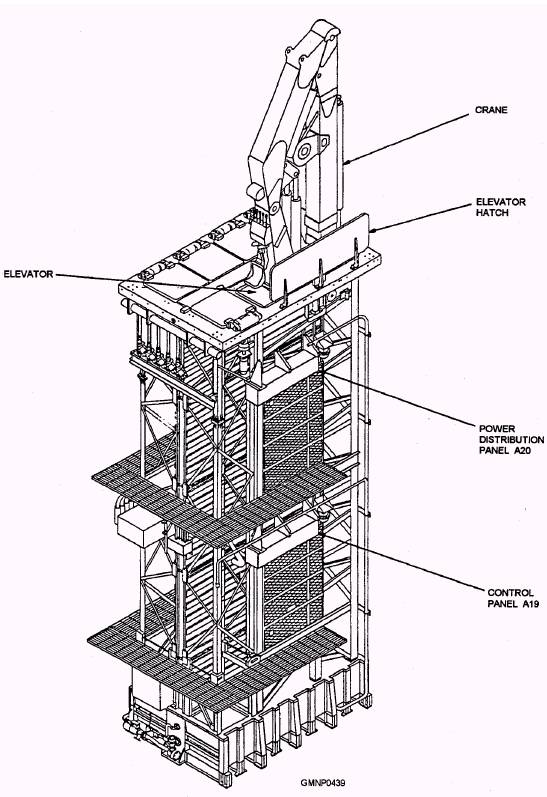