My name is Bill Browne and I'm trying to help a local naval museum add some interest to their display by getting various controls and instruments to light up and act as though they are functioning.

It would be easy to have lights blink randomly, but I was hoping to do something a little more realistic. We are starting with the launch controls that are in the small structure next to the ASROC boxes because it is currently a section of the ship that is not shown. After getting this done, I'll move to the CIC.

I've found a training video on youtube that, except for a few questions, gives me a pretty good idea of how I want to work the portion marked in red: 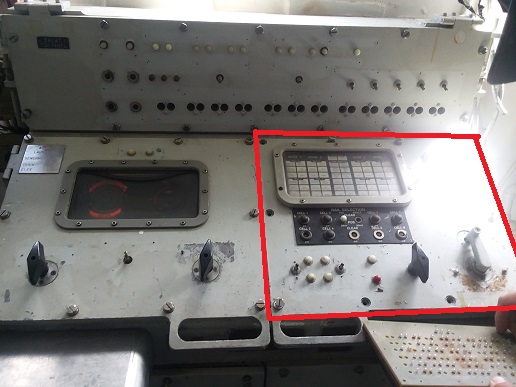 Is there someone here that can describe the function of the other 2 panels? Or direct me to a site that can? I'm sure it's asking too much to see wiring diagrams, but I'll ask anyway. I would like to get an idea of what I'm up against before I order controllers and associated hardware.

Also, am I correct in that all this operates on 28 volts?

Thanks in advance for any assistance you can give.
Top

I completed phase one of this project with the limited information I had available. You can see the outcome here:

Seems information on this system is pretty much non-existent. That's ok, I got it done anyway: