by marcelo_malara
Look at this graphs: 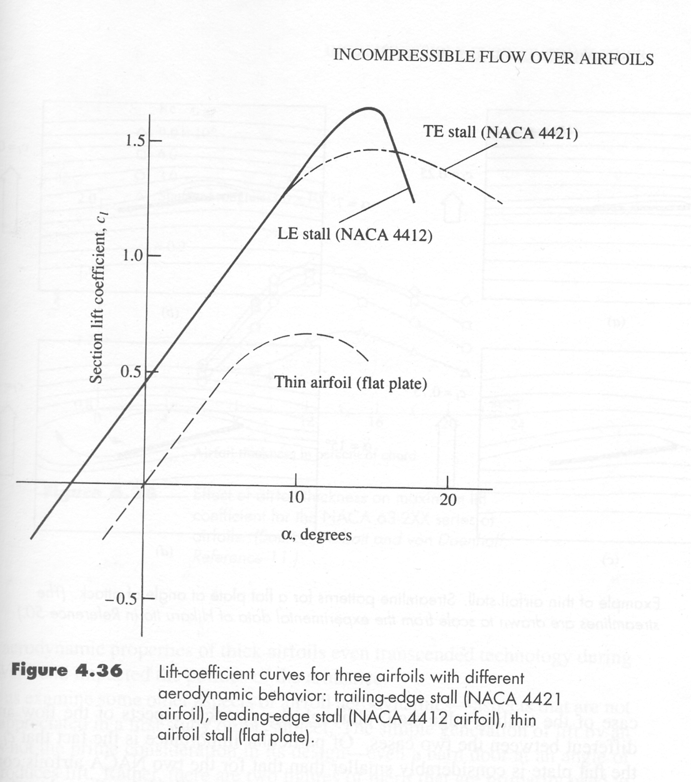 
The 178/9 ish degree angle of the axis of the body of the torpedo to the thrust direction of the diverted prop wash gives the few hundred pounds of positive buoyancy necessary to balance the intrinsic negative buoyancy built into the design. High speed in an off-axis direction of travel in a dense medium (water) generates lift.

You seem to agree with me that a torpedo traveling with a positive angle of attack will generate a body lift enough to cancel the negative buoyancy of the torpedo. Still we must find out what this angle is, I am far from convinced that 1 or 2 degrees will suffice.

For the record I will reproduce my calculations (sorry, metric!).

Find out the thrust of the propeller


Taking into account the propulsive efficiency, around .50, the theoretical 1500 kg thrust would be 750 kg. For the 750 kg thrust to cancel 200 kg negative buoyancy:

Firstly congratulations on the effort you are putting into attempting to solve this puzzle. Little matters like this are left out of the books we read on the subject. However it seems to me that having identified early on the lift contribution of the torpedo body, your current calculations seem to my untrained eye to leave it out of consideration. Due to water being 800 times denser than air I believe some parallels with aircraft flying characteristics are inappropriate. Sadly I too lack the hydrodynamic training to provide the numbers so I rely on "feeling" gained through towing various bits of ironmongery through the sea in my seismic survey career.

Firstly we might imagine the torpedo travelling vertically upwards. Its speed through the water determined only by the overbalance of propeller thrust overcoming its negative buoyancy. It is flying like a hovering helicopter or drone, relying solely on thrust. Here considering only thrust against weight in water is valid. There might be a point where thrust equals exactly the weight and the torpedo hovers, or if thrust falls lower the torpedo sinks backwards.

Without any engine thrust if the cylindrical torpedo body were dragged through the water sideways towed from its middle at 40 knots it would create enormous drag based on its cross sectional area and vortex shedding on the rear face. I suspect it would fail structurally long before such a speed were attained. If the tow point is at its nose but not moving the body hangs down vertically, attitude subject only to its weight in water.

If it is dragged through the water by the nose tow point moving sideways, its drag from cross section will result in it assuming a gradually more horizontal attitude as tow speed increases, its tail end will sag down proportional as an expression of its weight (negative buoyancy) balanced against the "lift" produced by drag. Were it to be towed at 80 knots the energy generated by the flow would overcome the negative buoyancy almost completely and the cylinder would be virtually horizontal.

The drag energy "flattening" the torpedo body's path is subject to the square of velocity. It quickly overcomes the fixed value of weight in water as speed increases. Unlike the hovering torpedo considered above, the normal torpedo "flies" through the water generating lift from its cylindrical body at a very low angle of attack because of the massive density of water it passes through.

All this probably goes out the window when considering the Russian VA-111 Shkval super cavitating rocket torpedo which apparently uses exhaust gas to insulate itself from the surrounding seawater reducing drag to virtually nothing. I personally am more interested in WW II weapons.

by marcelo_malara
Sorry for the delay. I am thinking from another point of view now. My theory of the thrust cancelling buoyancy can be said to belong to the field of the statics. What happens in the field of dynamics? We can accept the vertical (to the bottom) movement inevitably caused by the negative buoyancy, but, if the nose points slightly upwards from a tail down rudder command, the torpedo will ascend.

Suppose again a 40 kt torpedo, the amount of buoyancy has no part now in the calculation:

Assume the nose up 1° from the horizontal:

Every second the nose points 1° upwards, the torpedo will climb 34 cm, or 68 cm for 2°. So, it now seems plausible an 1 or 2° angle. What most strikes me is that, knowingly or unknowingly for him, Robert Whitehead was able to solve all this in the decade of 1860, when even the steam power was in its infancy. Genius.


but, if the nose points slightly upwards from a tail down rudder command, the torpedo will ascend.

But this assumes the torpedo's direction of travel is precisely along its axis. The torpedo is not moving up a solid ramp on wheels, but moving through a fluid medium. If, because of the off axis thrust generated by the combination of props and horizontal rudder, it "flies" through the water with a very slightly "nose up" attitude the lift produced by the cylindrical body passing through the water at comparatively high speed, it can balance its negative buoyancy leading to stable depth travel.

Like the Space Shuttle, the torpedo body can be a "Lifting Body" given enough velocity.* Like an aircraft wing there are areas of higher pressure and lower hydrostatic pressure based on the fluid flow around it. Problems with accurately sensing the hydrostatic depth are examined in the Wikipedia article
at https://en.wikipedia.org/wiki/Mark_14_torpedo

The article points out how the depth sensed is different whether the torpedo is stationary or moving at full speed, and sensor location is critical. It highlights the problems of operating with test torpedoes with positive buoyancy compared with war loads with negative buoyancy. It also points out Whitehead's particular "genius" was damping out the oscillations (noise) from the hydrostatic sensor with a pendulum.


*The RF-4E Phantom - living proof that if you put enough engine on something . . . even a brick could fly.